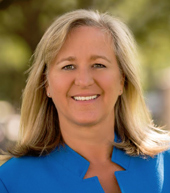 Zoe Littlepage’s practice focuses on complex cases including mass torts, defective medical product or drug cases as well as human rights issues. She typically spends months each year in trial, all across the country. Ms. Littlepage’s jury awards made the list of the Top 10 Largest Verdicts in the country for 2007, 2009 and 2010.  Ms. Littlepage led the charge for the state court Rezulin litigation. Littlepage Booth reviewed more than six million pages of Rezulin documents, took more than 100 days of depositions and Ms. Littlepage tried five of the nine Rezulin trials nationwide, achieving jury verdicts of over $40 million.  In 2003, Ms. Littlepage was appointed Lead Counsel of the Plaintiff’s Steering Committee for the Hormone Replacement Therapy MDL Litigation. Ms. Littlepage went to trial more than a dozen times on hormone therapy cases and achieved jury verdicts in excess of $260 million for her clients.  In 2011, Zoe Littlepage was induced into The Inner Circle of Advocates. Founded in 1972, The Inner Circle of Advocates is an invitation only group of 100 of the best trial lawyers in America who are selected for their character, experience and success in the courtroom. The Inner Circle of Advocates was described by The Washington Post as, "A select group of 100 of the nation's most celebrated trial lawyers" and is recognized as one of the most exclusive groups of attorneys in the nation. Inner Circle members often work collectively to share experience, skills and knowledge in pursuit of justice.  American Lawyer magazine as well as Fortune magazine named Ms. Littlepage as one of America’s “Premiere Lawyers.” She has also been nominated as a “Super Lawyer” as well as “Top Lawyer” in the country multiple years running. In 2008, she received the Clarence Darrow award for Best Mass Tort Lawyer. Texas Lawyer praises Ms. Littlepage’s tenacity stating “all bets should be on Littlepage.” Chambers USA, a legal publisher, recognizes Zoe Littlepage as a leading lawyer in nationwide product liability litigation and notes that “Zoe Littlepage of Littlepage Booth does ‘a bang-up job for plaintiffs.’” According to lawyers interviewed by Chambers USA, “[w]hen you see her, you know you have a fight on your hands.”