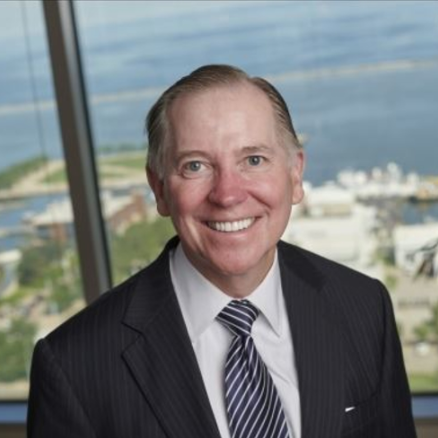 Dennis R. Lansdowne has been with the Spangenberg firm since 1985 and has been a partner since 1990. Dennis is routinely listed in the Best Lawyers in America and Super Lawyers. In 2016 he was named as Best Lawyers’ “Lawyer of the Year” for medical malpractice. In 2017 he was given the “Best Lawyers in America” award, and in 2018 he was inducted in the Cleveland Marshall College of Law Hall of Fame. Dennis has represented individuals in catastrophic injury, medical malpractice, and wrongful death cases and has obtained multiple multi-million dollar verdicts for his clients. Dennis graduated summa cum laude from Cleveland-Marshall College of Law, where he was a member of the Law Review. Following graduation, he served as a law clerk to the Honorable Robert B. Krupansky at both the Northern District of Ohio and the Sixth Circuit Court of Appeals. Dennis and his wife, Kim, have four children. They are members of the St. Colman parish on Cleveland's near west side.